MPLS in the SDN Era: Thin and Thick Routers 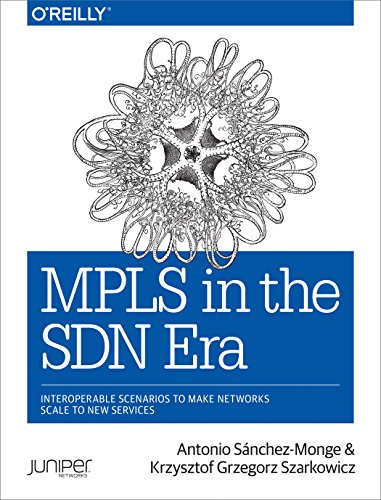 Thinness and thickness are architectural concepts, to the point that both types of routers might even be virtualized. Strictly speaking, thin and thick routers is SDN (Software Defined Network) jargon rather than industry standard language. These terms are getting more and more widely used and they are so meaningful and graphical that they deserve an article on their own.

The first time I heard the terms “thin” or “thick” router was barely a few months ago. By that time, the very recent O’Reilly book MPLS in the SDN Era: Interoperable Scenarios to Make Networks Scale to New Services was already published. Luckily, Krzysztof Szarkowicz and I speak about thin and thick routers for pages and pages on the book, but using different words. we just didn’t use that terminology!

OK, let’s lay some foundations before we explain what thin and thick routers are. When we speak ‘SDN’, it is essential to fully master the underlay and overlay concepts. If you don’t, you may want to have a look at book’s Chapter 10, whose title is precisely “Underlays and Overlays”. After that, you should find it much easier to go through this article.

Imagine that you need to build a modern greenfield data centre. Your colleagues are very proactive and have already deployed an IP fabric underlay, composed of silicon-based IP switches that are connected in a leaf-and-spine topology. Each leaf or spine IP switch belongs to its own private Autonomous System and speaks single-hop eBGP with its neighbouring IP switches. True thing, this is not the only way you can build an IP fabric, but it’s frequently used and it’s a robust one.

This fabric provides resilient and scalable IP connectivity between any edge IP hosts connected to leaf or spine switches. What are these edge IP hosts? Typically, hundreds or thousands of servers (with or without a hypervisor) and a couple of DC gateways that interconnect the data centre to the outside world.

These tunnelled IP packets have a rich structure. Think of Russian dolls: we start with the outermost one, and we move on to the inner one in order.

By the way, do you need L2 connectivity between VMs? Well, the overlay takes care of that by just tunnelling the original L2 frame. If this rings a bell to L2VPN, you are ready for the first analogy.

We can legitimately compare a modern data centre to an ISP IP/MPLS core as follows:

What is a Thick Router?

The concept applies to the edge hosts. Consider these hypervisors acting as PEs and hosting many CE-like compute entities (VMs or containers). If these hosts expose an API to orchestrators and have a complete control plane (for example, by implementing multiprotocol iBGP), then they are thick routers. One example is Juniper’s (physical or virtual) MX. Thick routers make sense at the data centre border (the connection of the data centre to the WAN), or for virtual CPE applications. However, inside the data centre thin routers are typically a better fit.

What is a Thin Router?

We are ready for Analogy #2! In this case, we compare the overlay of a data centre (based on the thin router model) to a multi-component high-end router chassis like a Juniper MX Series or a Cisco ASR.

Curious to see all this in action? Have a look at MPLS in the SDN Era: Interoperable Scenarios to Make Networks Scale to New Services !
5 / 5 ( 4 votes )

Antonio “Ato” Sánchez-Monge is a senior engineer at Juniper Networks, currently in the SDN Solutions Engineering team. He holds two master of science degrees in physics and mathematics from Madrid Autonoma University, Spain. He has 17 years of experience in the IP/MPLS Networking industry. Cisco (CCIE R&S #13098 Emeritus) and Juniper (JNCIE-SP #222).
Previous HSRP : the definitive guide
Next Route Reflectors configuration on Cisco devices