This post is sponsored by Fluke Networks, check their Troubleshooting Power over Ethernet (PoE) Webcast!

Test it before connecting that end device!

PoE has become such a commonplace technology that it is easy to take for granted. If we connect a phone, access point, security camera, card scanner or other PoE-enabled devices to a port that supports power, we expect to see lights and activity. Plug and play right…

What happens though when there is a problem with PoE? Is the power being sent to a given port enough to properly power a variety of end devices with different voltage requirements? Shouldn’t we test it just like we do the network before we connect devices that support business critical applications and services?

In most environments, technicians “test” PoE by connecting a phone or an AP. If they see lights they move on to the next connection. If they don’t see lights, they conclude that PoE doesn’t work and jump onto the switch configuration. However, just because a device doesn’t light up doesn’t mean that PoE is disabled or not working at all. It may be that the line is simply not providing enough juice to light up the device.

It is up to the technician to troubleshoot whether there is a configuration problem in the switch, a cable issue, or if power is being sent at all. The first two things can be accomplish using a laptop and a basic cable tester. The latter though is a little more difficult. Most laptops and cable testers do not have the capability to test the actual voltage level being sent to a port to run a given powered device.

The Solution – LinkSprinter, a cool and easy way to validate PoE and so much more

In seconds, this pocket sized tool will determine if proper power is being provided, and report the amount of voltage at the wall jack. Key point – The amount of power coming out of the switch port itself will be stronger than the actual power at the wall jack where the powered device sits. This is because power will dissipate as it travels down the wire and it is therefore essential that PoE voltage is tested at the edge of the network where the powered device sits and not tested directly at the switch port.

When provisioning the switch for the various PoE devices it must provide power to, it is important to calculate the overall power requirement for all devices you are planning to connect to a given switch.
Next step is to validate that the switch is capable of providing that amount of power output to each device. It’s also a good idea to document what’s connected to each switch port to make troubleshooting easier as well as moves, adds and changes down the road.

Common PoE Issues to watch out for:

You’re already plugged into the wall jack, why not get even more connectivity validation done in one fell swoop of a test… In addition to validating PoE, LinkSprinter’s automated test will validate the entire connection path including physical layer, link speed, switch connectivity, DHCP server function (can configure static IP if needed), gateway availability and ultimately, can I get to a target destination such as www.google.com from that wall jack.

But wait, there’s more…. At the completion of each test, LinkSprinter automatically sends those test results to the included Link-Live Cloud Service. You now have a documented record of connectivity from each wall jack including switch slot/port/VLAN detail. These test results can also be e-mailed to you and seen on your own mobile device, if using a LinkSprinter model that supports the mobile UI. You can reply to the e-mail or comment on your mobile device with the wall jack location or other important information that helps you to identify the complete connection path. In the example shown, Job Pro, which is an optional add-on to Link-Live is being used to attach photos for each test. This might include an image of the wall jack or device, or could be an image of the serial number or asset tag.

Instead of guessing at the issue when the lights on the PoE device are dark, technicians can test and validate PoE before connecting phones, access points, or anything else that runs on this amazing, simple, and critical technology.

This post is sponsored by Fluke Networks, check their Troubleshooting Power over Ethernet (PoE) Webcast!

Lisa Schwartz is the Sr. Product Manager for LinkRunner AT, LinkSprinter and Link-Live Cloud Service and is currently based in Colorado Springs, CO. Lisa has worked in the Test & Measurement field as product manager, business development and product marketing since 1992 at Microtest, Inc., Datacom Textron, Fluke Networks, Visual Network Systems, and currently with NETSCOUT Systems.
Previous BGP Network Design – BGP Confederation
Next Rate limit traffic per destination IP on Junos 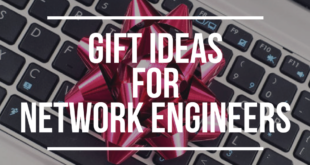 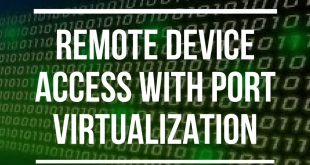 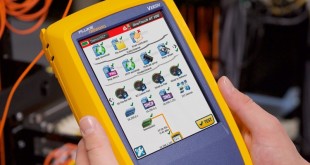 Running a reliable and fast network is not something that just happens. It requires the …