How does ARP work?

What is Inverse ARP?

The principle is the same as with ARP where the protocol makes a simple announcement and reply.

What is Gratuitous ARP

In more advanced networking situations you may run across something known as Gratuitous ARP (GARP).   A gratuitous arp something that is often performed by a computer when it is first booted up.  When a NIC’s is first powered on, it will do what’s known as a gratuitous ARP and automatically ARP out it’s MAC address to the entire network.  This allows any switches to know the location of the physical devices and DHCP servers to know where to send an IP address if needed and requested.

Gratuitous ARP is also used by many high availability routing and load balancing devices.  Routers or load balancers are often configured in an HA (high availability) pair to provide optimum reliability and maximum uptime.   Usually these devices will be configured in an Active/Standby pair.  One device will be active while the second will be sleeping waiting for the active device to fail. Think of it as an understudy for the lead role in a movie.  If the leading lady gets sick, the understudy will gladly and quickly take her place in the lime light.

When a failure occurs, the standby device will assert itself as the new active device and issue a gratuitous ARP out to the network instructing all other devices to send traffic to it’s MAC address instead of the failed device.

As you can see ARP and it’s cousin play a vital role in helping the network run smoothly and packets finding their way across the network.

Have more questions about ARP it’s other brothers?  Leave a comment below and let’s talk about ARP!

Senior Network Engineer, technology enthusiast, guitar and bass player. Joe Wilson is the creator of RouterFreak.com as well as other niche websites that can be found around on the Internets.
@pilotjoe
Previous Mobile TFTP Server for the Data Center
Next The Many Faces of Link Aggregation 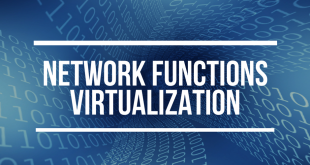