Applications/Servers use IP multicast to send their contents in IP packets to a group of interested clients. These clients indicate their wish to receive such traffic explicitly by sending an IGMP (Internet Group Management Protocol) join message. 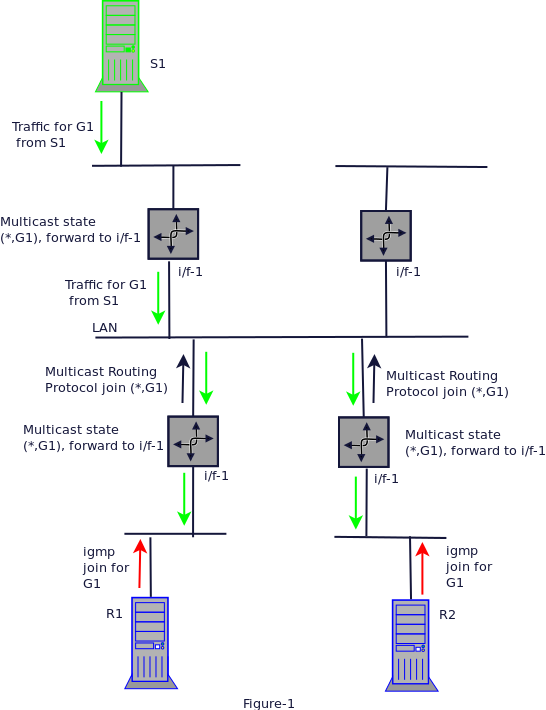 So to reiterate, in ASM, as receiver does not know the source, it wishes to receive traffic from all sources for a multicast group. This may lead to cases where unwanted traffic is also received. 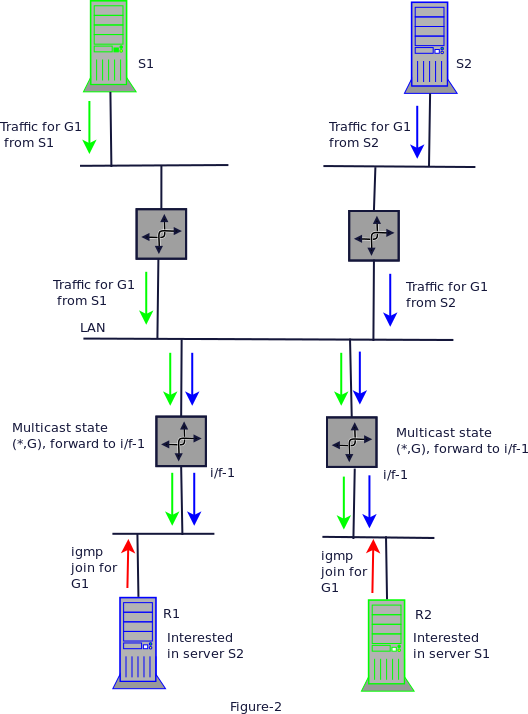 I am sure by now you can predict what Source-Specific-Multicast (popularly known as SSM) would really mean. If you said that in SSM, receiver knows the source beforehand, do take a pat on your back. In SSM, apart from multicast group address, receiver also indicates the source address from which it wants to receive multicast traffic. This combination is usually referred as (S,G) where ‘S’ represents the source address and ‘G’ represents the multicast group address. In SSM, hosts use IGMPv3 (MLDv2) to indicate their interest while routers use a multicast routing protocol like PIM-SM. Let us now look at figure-3 and see how receivers receive only the traffic they wished to receive. In this figure, you can again assume that multicast forwarding tree has already been built using a multicast routing protocol. As clearly seen in this figure, receiver R1 receives traffic only from source S2 while receiver R2 receives traffic only from S1. 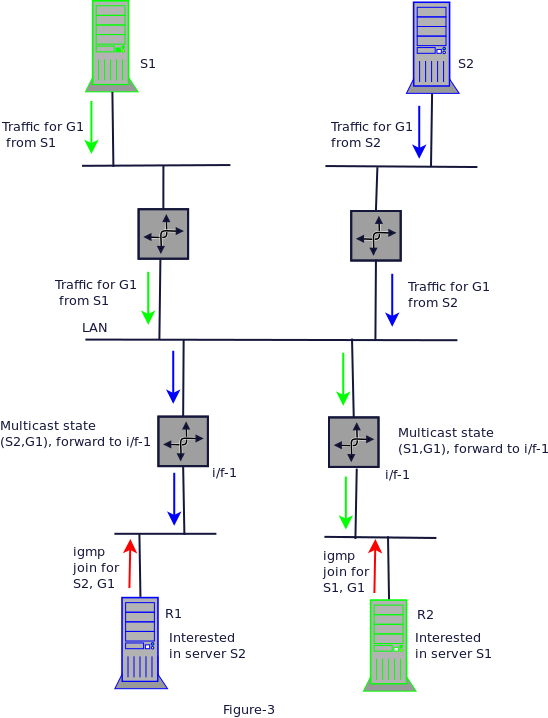 So which one is better? In my opinion, this depends upon the application. If your application is such that all the receivers are also senders as well then using ASM will be better. If your application is a typical client-server application than SSM will be better. SSM usually help in saving network resources as well as provide some implicit security (as receiver accepts traffic from a specific source only). ASM is currently the most deployed method but SSM is gaining popularity and support from the community. In ASM, source and receivers need to discover each other while in SSM, they know about each other. In ASM, multicast address can be allocated from various ranges available. For SSM, IETF has desginated 232.0.0.0/8 multicast group address block.

It would be great to know what you use in your network and how does that work for you. So please do leave a comment describing your experience with ASM or SSM or both.

Bharat Joshi is a co-founder of VuNet Systems (www.vunetsystems.com). In the past, he worked as a Product Technical Architect in Infosys Ltd. Bharat has more than 15 years of industry experience in design and development of router software including various networking protocols. Bharat has contributed in several international forums including IETF, IEEE and SANOG. He is the author of multiple IETF standards related to DHCP and PIM-SM. He maintains a personal blog Bite-The-Bytes (http://bite-the-bytes.blogspot.com/).
Previous IP TTL Security : Why and How?
Next PING : The Most Used Networking Tool