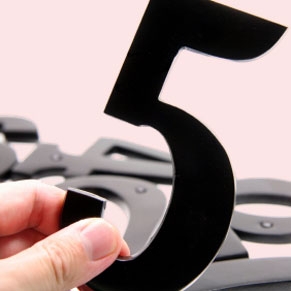 Attending our weekly data center project meeting the other day, one of the network engineers was confronted with an incomplete action item against his name. He responded light heartedly by declaring that we were speaking to a ‘virtual instance’ of himself and that this particular instance had been assigned limited resources to complete this task.

Once upon a time, this geeky virtualization humor was the sole domain of VMWare administrators but today network engineers all over the world are faced with the challenge of adapting to the concepts of virtualization.

You might argue that Virtual LANs and Virtual Private Networks have been commercially popular for well over a decade. But there is a new wave of virtual network concepts knocking on the door of the network engineer’s standard skills arsenal and this time the virtualization goes way beyond adding layer 2 headers.

Multi Protocol Label Switching VPN is used to transport multiple customers over the same physical infrastructure with the added feature of keeping each customers routing tables isolated. This is achieved by pre-pending a 64 bit route distinguisher to an IPv4 address to create a unique VPNv4 address. One of the key concepts of this technology is that VPNv4 addresses are not IP addresses and are propagated across the network using Multiprotocol BGP (MBGP) via the VPNv4 address family.

Such is the recent growth of this technology that Cisco have introduced it to the CCIE curriculum.

Virtual Routing and Forwarding allows one router to maintain several separate instances of a routing table. Conceptually, it is not the control plane that is virtualised – it is the data plane that is virtualised allowing forwarding decisions to be segregated based on customer or any other administrative grouping required by the network engineer. VRFs generally go hand in hand with MPLS VPN although they can be used separately without any problems. VRF lite, for example is a description of the Virtual Routing and Forwarding technology being used without MPLS VPNs.

A VPC (Virtual Port Channel) is an etherchannel that consists of bundled links terminating across two different peer switches. It is a way of providing redundant links without invoking a spanning tree blocked port on one of the paths. And it has the added benefit of etherchannel load balancing algorithms to distribute the outbound load more evenly.

But the news is not all rosy for the die hard Cisco experts. The Nexus 1000V does require a good level of virtualization understanding in order to configure. In fact, the control plane and switch management is actually achieved using a Virtual Machine so it is important to have VMWare skills on hand to manage this system.

Advancing your IT career? IT-Pathways.com is a leading Information Technology career development website. Find IT Cover Letters, IT Resumes, Training, Interview Tips and lots more written by colleagues in the industry