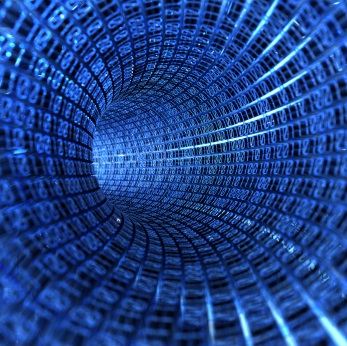 The purpose of routing protocols is to learn of available routes that exist on the enterprise network, build routing tables and make routing decisions. Some of the most common routing protocols include RIP, IGRP, EIGRP, OSPF, IS-IS and BGP.

Distance vector protocols advertise their routing table to all directly connected neighbors at regular frequent intervals using a lot of bandwidth and are slow to converge. When a route becomes unavailable, all router tables must be updated with that new information. The problem is with each router having to advertise that new information to its neighbors, it takes a long time for all routers to have a current accurate view of the network. Distance vector protocols use fixed length subnet masks which aren’t scalable.

Link state protocols advertise routing updates only when they occur which uses bandwidth more effectively. Routers don’t advertise the routing table which makes convergence faster. The routing protocol will flood the network with link state advertisements to all neighbor routers per area in an attempt to converge the network with new route information. The incremental change is all that is advertised to all routers as a multicast LSA update. They use variable length subnet masks, which are scalable and use addressing more efficiently.

It is proprietary which requires that you use Cisco routers. This contrasts with IP RIP and IPX RIP, which are designed for multi-vendor networks.

IGRP will route IP, IPX, Decnet and AppleTalk which makes it very versatile for clients running many different protocols. It is somewhat more scalable than RIP since it supports a hop count of 100, only advertises every 90 seconds and uses a composite of five different metrics to select a best path destination.

Note that since IGRP advertises less frequently, it uses less bandwidth than RIP but converges much slower since it is 90 seconds before IGRP routers are aware of network topology changes. IGRP does recognize assignment of different autonomous systems and automatically summarizes at network class boundaries. As well there is the option to load balance traffic across equal or unequal metric cost paths.

Enhanced Interior Gateway Routing Protocol is a hybrid routing protocol developed by Cisco systems for routing many protocols across an enterprise Cisco network.

It has characteristics of both distance vector routing protocols and link state routing protocols. It is proprietary which requires that you use Cisco routers. EIGRP will route the same protocols that IGRP routes (IP, IPX, Decnet and Appletalk) and use the same composite metrics as IGRP to select a best path destination.

As well there is the option to load balance traffic across equal or unequal metric cost paths. Summarization is automatic at a network class address however it can be configured to summarize at subnet boundaries as well. Redistribution between IGRP and EIGRP is automatic as well. There is support for a hop count of 255 and variable length subnet masks.

Convergence with EIGRP is faster since it uses an algorithm called dual update algorithm or DUAL, which is run when a router detects that a particular route is unavailable. The router queries its neighbors looking for a feasible successor. That is defined as a neighbor with a least cost route to a particular destination that doesn’t cause any routing loops. EIGRP will update its routing table with the new route and the associated metric. Route changes are advertised only to affected routers when changes occur. That utilizes bandwidth more efficiently than distance vector routing protocols.

The hello packets contain information such as router timers, router ID and subnet mask. If the routers agree on the information they become OSPF neighbours. Once routers become neighbours they establish adjacencies by exchanging link state databases. Routers on point-to-point and point-to-multipoint links (as specified with the OSPF interface type setting) automatically establish adjacencies. Routers with OSPF interfaces configured as broadcast (Ethernet) and NBMA (Frame Relay) will use a designated router that establishes those adjacencies.

OSPF uses a hierarchy with assigned areas that connect to a core backbone of routers. Each area is defined by one or more routers that have established adjacencies. OSPF has defined backbone area 0, stub areas, not-so-stubby areas and totally stubby areas. Area 0 is built with a group of routers connected at a designated office or by WAN links across several offices. It is preferable to have all area 0 routers connected with a full mesh using an Ethernet segment at a core office. This provides for high performance and prevents partitioning of the area should a router connection fail. Area 0 is a transit area for all traffic from attached areas. Any inter-area traffic must route through area 0 first. Stub areas use a default route to forward traffic destined for an external network such as EIGRP since the area border router doesn’t send or receive any external routes. Inter-area and intra-area routing is as usual. Totally stubby areas are a Cisco specification that uses a default route for inter-area and external destinations. The ABR doesn’t send or receive external or inter-area LSA’s. The not-so-stubby area ABR will advertise external routes with type 7 LSA. External routes aren’t received at that area type. Inter-area and intra-area routing is as usual. OSPF defines internal routers, backbone routers, area border routers (ABR) and autonomous system boundary routers (ASBR). Internal routers are specific to one area. Area border routers have interfaces that are assigned to more than one area such as area 0 and area 10. An autonomous system boundary router has interfaces assigned to OSPF and a different routing protocol such as EIGRP or BGP. A virtual link is utilized when an area doesn’t have a direct connection to area 0. A virtual link is established between an area border router for an area that isn’t connected to area 0, and an area border router for an area that is connected to area 0. Area design involves considering geographical location of offices and traffic flows across the enterprise. It is important to be able to summarize addresses for many offices per area and minimize broadcast traffic.

Fast convergence is accomplished with the SPF (Dijkstra) algorithm which determines a shortest path from source to destination. The routing table is built from running SPF which determines all routes from neighbor routers. Since each OSPF router has a copy of the topology database and routing table for its particular area, any route changes are detected faster than with distance vector protocols and alternate routes are determined.

Broadcast networks such as Ethernet and Non-Broadcast Multi Access networks such as Frame Relay have a designated router (DR) and a backup designated router (BDR) that are elected. Designated routers establish adjacencies with all routers on that network segment. This is to reduce broadcasts from all routers sending regular hello packets to its neighbors. The DR sends multicast packets to all routers that it has established adjacencies with. If the DR fails, it is the BDR that sends multicasts to specific routers. Each router is assigned a router ID, which is the highest assigned IP address on a working interface. OSPF uses the router ID (RID) for all routing processes.

Integrated Intermediate System – Intermediate System routing protocol is a link state protocol similar to OSPF that is used with large enterprise and ISP customers. An intermediate system is a router and IS-IS is the routing protocol that routes packets between intermediate systems. IS-IS utilizes a link state database and runs the SPF Dijkstra algorithm to select shortest paths routes. Neighbor routers on point to point and point to multipoint links establish adjacencies by sending hello packets and exchanging link state databases. IS-IS routers on broadcast and NBMA networks select a designated router that establishes adjacencies with all neighbor routers on that network. The designated router and each neighbor router will establish an adjacency with all neighbor routers by multicasting link state advertisements to the network itself. That is different from OSPF, which establishes adjacencies between the DR and each neighbor router only. IS-IS uses a hierarchical area structure with level 1 and level 2 router types. Level 1 routers are similar to OSPF intra-area routers, which have no direct connections outside of its area. Level 2 routers comprise the backbone area which connects different areas similar to OSPF area 0. With IS-IS a router can be an L1/L2 router which is like an OSPF area border router (ABR) which has connections with its area and the backbone area. The difference with IS-IS is that the links between routers comprise the area borders and not the router. Each IS-IS router must have an assigned address that is unique for that routing domain. An address format is used which is comprised of an area ID and a system ID. The area ID is the assigned area number and the system ID is a MAC address from one of the router interfaces. There is support for variable length subnet masks, which is standard with all link state protocols. Note that IS-IS assigns the routing process to an interface instead of a network.

An EIGRP network can configure many autonomous systems. They are all managed by the company for defining route summarization, redistribution and filtering. BGP is utilized a lot by Internet Service Providers (ISP) and large enterprise companies that have dual homed internet connections with single or dual routers homed to the same or different Internet Service Providers. BGP will route packets across an ISP network, which is a separate routing domain that is managed by them.

The ISP has its own assigned AS number, which is assigned by InterNIC. New customers can either request an AS assignment for their office from the ISP or InterNIC. A unique AS number assignment is required for customers when they connect using BGP. There are 10 defined attributes that have a particular order or sequence, which BGP utilizes as metrics to determine the best path to a destination.

Companies with only one circuit connection to an ISP will implement a default route at their router, which forwards any packets that are destined for an external network. BGP routers will redistribute routing information (peering) with all IGP routers on the network (EIGRP, RIP, OSPF etc) which involve exchange of full routing tables. Once that is finished, incremental updates are sent with topology changes. Each BGP router can be configured to filter routing broadcasts with route maps instead of sending/receiving the entire internet routing table.